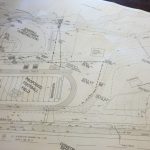 A landmark event quietly took place yesterday as dirt was moved for the first time for the school’s new athletic fields.  You can hear the excitement in the voice of Headmaster Scott Crede when he talks about the sports facilities project that is currently taking place at Northside Christian Academy.  “We will have some

Thursday, September 8, 2016 6:30 PM Northside Christian Academy AWAY 32 Holly Hill Academy HOME 20 Game Recap The JV football team won its second game of the season with a 32-20 victory over Holly Hill Academy. With the score tied 8-8 after the first quarter, the Crusaders scored twice in the second quarter to

No Events This Week

Events are added by athletic staff.
View All Events