The NCA varsity boys basketball team won another big region game in SCISA 2-A last night over Calhoun Academy.  The Cavaliers entered the game 10-5 on the season and in the midst of their best season in several years.  The Crusaders came into the game knowing that they needed to protect home court and play great defense against last season’s conference player of the year, Wells Flemming.  The Crusaders did just that making it tough for Flemming to get going all night as Northside utilized a man to man defense in the first half followed by a box and one in the 2nd half.  Senior Cory Black was instrumental in the defensive effort against the Cavalier’s leading scorer.  On this night, the headline though was Senior Co-Captain Thomas Kodman.  Kodman got going in the paint with 21 points, a career high for the longtime Northside student.  “I started to feel a flow after scoring the first couple times.  It just started to feel very natural,” stated Kodman.  The Crusaders got the ball inside on several possessions in a row in the 3rd quarter to Kodman and Charlie Compton and both had big buckets in the paint.  After trailing by 3 at the half, Northside gradually worked a lead up to double digits in the fourth quarter before closing the game with a 57-52 win.  Charlie Compton totaled 12 points, while sophomore Jeb Reiser was also a major contributor as usual with 17 points.  Last week Reiser had some late game heroics of his own hitting a game tying 3 pointer at the buzzer to force overtime in a Crusader win at Williamsburg Academy.  “Our team continues to battle and win close games.  We have a very young team and they are growing.  I am really proud of them,” stated Coach Jason Harman.  The recent wins continue to position Northside to control their own destiny for a 5th straight state playoff berth.  The Crusaders are now 2-2 in the conference and play at Thomas Sumter on Friday night.  The top 3 teams in the region will receive state bids. 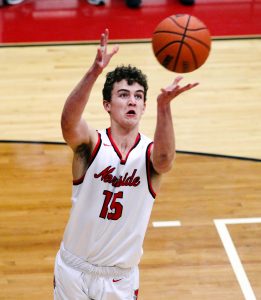 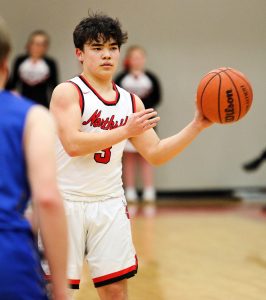 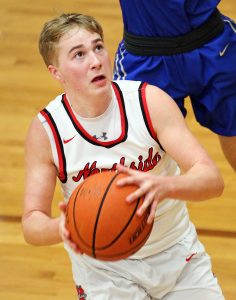