The Northside girls and boys varsity teams will open up action at home tonight against King Academy.  Longtime Crusader Coach Jason Harman is looking forward to leading his team into a new season with a lot of new faces to the varsity boys’ team.  The Crusaders return just three players from last year’s varsity squad in Cory Black, Thomas Kodman, and Jeb Reiser.  Kodman and Black are the lone seniors and are looking to take a leadership role in their final campaign with NCA.  Reiser, a sophomore, returns after having an All-Region freshman season last year in which he broke the school record for made three pointers in a season.  The Crusaders were co-champions of their region last season and hope to compete again this year.  “It’s going to take time because we will be a lot better in January than we are right now.  Our team is very excited about the day by day journey,” stated Coach Harman.

On the girl’s front, the Lady Crusaders welcome boys’ varsity assistant, Lucas Hargrove, to the sidelines as the Head Coach for the girl’s team.  Hargrove brings a wealth of experience from his playing and coaching days and is looking forward to getting the season started.  Last year, NCA didn’t have a girls’ varsity team and the school is thrilled to be back in girls’ varsity action.  “I am very excited to reignite the girls’ varsity program.  We have had amazing interest and support from the school and the community,” stated Hargrove.  The Lady Crusaders return Elizabeth Everett, Natalie Walke, Sarah McKenna, Leah Beck and Kaitlyn Ford off the JV team last year.  There are a lot of new faces as well on the squad and with Hargrove at the helm, the program looks to have a strong future.

Games start tonight at 5pm with middle school boys, followed by varsity girls at 6pm and varsity boys at 7:30pm.  Come out and support your Crusaders! 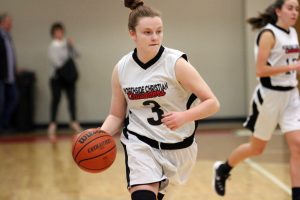 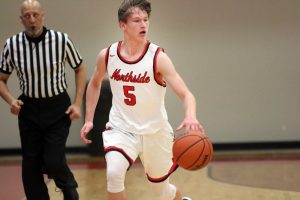 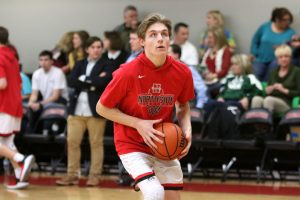 Elizabeth Everett, Cory Black, and Thomas Kodman have all been mainstays for many years in the NCA Basketball program.