The Northside Crusader Cross Country team has had a very positive start to their season!  Coach Jake Turner is now in year two leading the program and is amazed at the progress in only a year.  “We have a lot more runners this year, about 20 total and we are competing in 10 meets.  This is a big step up from what has been done here in the past”, stated Turner.  Despite the record heat this year, Turner has the Crusaders practicing hard after school most days and many times you can see the young Crusader coach pushing his players to keep going as he runs side by side with them.

The team has competed in five meets so far, including hosting a meet for the first time in the school’s history.  To this point, the Girls Varsity team has finished in the top three twice, while the Boys Varsity has finished in the top five on multiple occasions. On September 14th, the team competed in the Inaugural Shamrock Invitational, hosted by Eau Claire High and the City of Columbia. The team had its best finish and times of the season to date.  Bayleigh Womack paced the Varsity Girls team with a time of 24:40, while newcomer (and 7th grader) Jordan Martin paced the Varsity Boys Team finishing with a time of 21:55.  Along with Jordan and Bayleigh, seven additional runners posted their best 5K times ever:  Tyler Schick, Aidan Henderson, Connor VanHoosier, Ben Despres, Bradlee Darland, Emma Kate Swygert and Lilli Moore.

Turner says that Senior Cory Black is the top runner and leader on the boys side, while Freshman Ella Jeffrey paces the girls usually.  Jordan Martin is already pushing Cory hard each time they run though.  Coach Turner adds, “I’m very proud of all of our team and they are all getting much better.”  The NCA Cross Country team will compete again this Saturday at Blythewood High School. 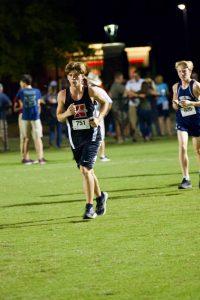 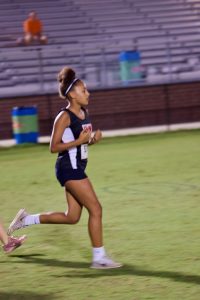